I've always loved camping; you know that feeling when you unzip the tent, crawl in and nestle down for the night, often with images of the mountains outside.  Good thing that I like this feeling as I am now camping out in my bedroom every night in my shiny new Hypoxico altitude tent! 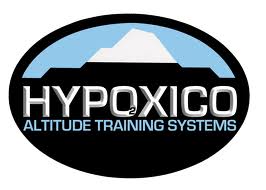 But wait I hear you say, what race are you doing at altitude?  I don't see Hardrock or Leadville or any Himalayan adventure on the 2013 schedule?  And no, I'm not racing at altitude but then neither is Shalane Flanagan or Ryan Hall or many other track & field athletes who likely either use an altitude tent or travel to train at altitude, and I'm pretty certain that the swimmers, boxers and host of other athletes who Hypoxico support aren't competing at altitude either.  In fact none of us question it when Paula Radcliffe packs her bags for a stint in Iten, Kenya, as the benefits of altitude training have been known for a long time even for athletes competing at close to sea level.  So that was my reasoning when I contacted Hypoxico; I don't need to be competing at altitude to see the benefits of using an altitude tent, and given I live at about 100m above sea level I'm certainly not naturally training or sleeping at altitude.  Of course I am still training at sea level (awesome run with crashing waves along the West Van seawall last night!) but the philosophy of 'sleep high, train low' has been discussed and the benefits documented.


I've always been a bit of a puritan when it comes to training - forget all the fancy gadgets and nutrition programs - just go run!  And I am never going to be a gear freak or the one reading all the latest things to do other than 'just run' to make yourself a better runner, but equally I do want to try be the absolute very best runner I can be and so feel that adding things, such as an altitude tent, are part of this to see just how good I can be.  Yes, I realise that not every study says altitude tents are 100% proven, but there appears to be enough evidence to support their use that I think it is worth a try.  So thanks for Hypoxico for your support with this!  Check out more about their products here.

I'll be sure to post more about my experiences of using an altitude tent in future, but in the meantime here's the basics from Wikipedia,  an article by Ian Torrence on iRunFar, and a neat video I found of a runner training for Leadville which shows how easy the tent is to put up.  And if after watching the video you wonder why 'just your average runner' is using a tent - do a little googling - a lot more people are using them that you might imagine.

And don't worry - I'm not getting lazy - I'll still be doing plenty of this...