Ooof, what a year it has been!  I mean let's be honest it's probably about 1% of you reading this (the brainy scientists) would have had any idea that 2020 would pan out anything like it did.  I remember one coaching client early in the year mentioning how he thought things would unfold (this was before March) and I honestly thought he was being rather alarmist and over cautious - apparently not!  Another coaching client (one of those brainy scientists, Dr O) decided not to race a local half marathon in February due to the virus, and I've told her since that if it was anyone else I would have thought they were over reacting.  Yah, how wrong I was.

My birthday rolled around on March 14th just in time for the start of restrictions and 'lock down'.  I recall that I went for a walk with a friend (we decided that a restaurant lunch was too risky) and the week before I didn't hug my friend Jeanelle as already that was frowned upon.  On March 15th I had to go to work aka lead my marathon clinic (we still thought they'd be running BMO Vancouver marathon in May - oh my, those innocent times) and I was already standing apart from folks and whilst we went for post run coffee I stood at a bar table as I didn't want to touch any surfaces.  And well, that's really been the state of affairs ever since.  Odd, weird, unprecedented (in modern times) and impacting every form of our day to day lives.  To say that it's been a year like no other would not be an exaggeration.

Early on I was fearful that I would lose coaching clients due to race after race after race getting cancelled.  It's been my busiest year yet.  Apparently running is the one thing we can still do and it's been so heartening that the vast majority of folks that I coach have truly found that they love running simply for the sake of running - sure, some have understandably struggled more with the lack of fun races (having a big goal, traveling, meeting run friends etc) but for the majority I have seen a bigger commitment to their running and a love for having a training plan to stick to when the rest of the world is chaotic and unpredictable.  And wow, we've got creative and it's been super rewarding as a coach to see so many folks ending their year with big achievements.  Just a few examples below:

Of course there have been lots more achievements (I usually coach about 40 folks at any one time) and to be honest for many people the simple act of maintaining a run routine when working from home and looking after kids is an achievement enough.

For myself, it's been a low mileage year.  The ongoing, undiagnosed gimpy leg continues to hamper my running despite the best efforts of Dr Bovard.  That said, I've clawed my way back from a failed run/ walk program in March (I stopped at 9 x 1 min run, 1 min walk as it was not going well) and completed some 20k runs this year and currently can run 8kms or so numerous times per week.  A few achievements/ highlights of the year:

And whilst the world is not going back to normal once January rolls around, every day we keep on moving forward is another day closer to more normal living. So long as it is safe to do so, I'm super excited to volunteer at some races in 2021 and maybe jog a few myself (Comfortably Numb and Gunner Shaw would be nice).

Merry Christmas (or Merry whatever your holiday of choice is).  Keep running, keep hiking, keep lifting, and just keep showing up and giving every day your best. 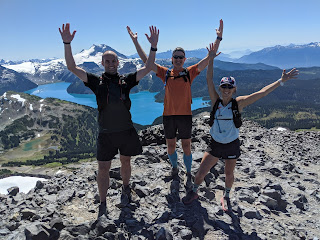 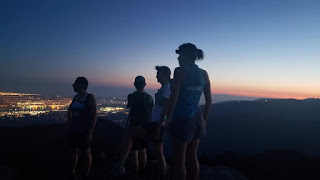 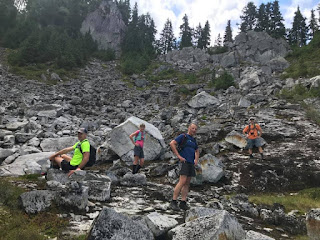 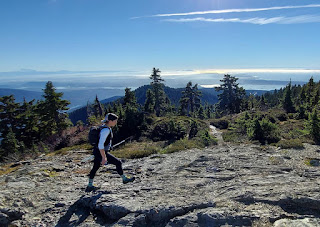 And if you really want the stats:

Gym sessions: no idea - 2 x week when gyms were open.

Biking: hardly any, there's not been many places to commute to since we're all staying home.

Swimming: Awesome from January to mid March (5 x week or so), none since.

Posted by Ellie Greenwood at 9:34 AM