In the words of Chandra Crawford, Fast & Female founder and 2006 Olympic cross country ski medallist, 'At Fast & Female girls aged 9 to 19 years build confidence and leadership through exciting sporting events'. One of the great things about living in the Bow Valley is that there are world class athletes, cross country skiers in particular, who call Canmore or Banff home. They live here, they train here and they inspire children here to follow in their footsteps. So I feel pretty honoured to have been asked to be an Ambassador for Fast & Female - especially as I am the first ultra running Ambassador to date!

Fast & Female host events all over Canada as well as some in the US where the aim is that the events are inspirational, innovative and have an impact on the personal and athletic development of young girls primarily in cross country skiing but also in biathlon and complementary summer enduro-sports. The events are fun days - a mix of skiing, presentations, yoga and dance. I will be speaking at the Canadian 2011 Cross Country Ski Festival in Canmore on March 13th for my first Fast & Female event. As well as being such great events one of the things that I think is just as important is the full day costs just $15 making the day very accessible and non-elitist. Plus coaches and parents can attend too and participate in parts of the day themselves to better help them to support their young female athletes.

So check out more information about the Fast & Female events by clicking on their logo to the right handside of my blog, or www.fastandfemale.com
Posted by Ellie Greenwood at 8:45 PM 3 comments: 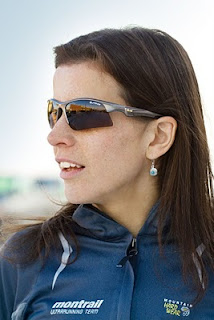 I am really excited to have been approached by Sundog Eyewear and come on board as one of their Athletes! Of course, if I still lived in rainy Vancouver this sort of sponsorship might not have proved so useful, but being in bluebird blue sky Banff, sunglasses - even when it's minus 30 in January - are essential!
I visited their Calgary offices the other day and had my eyes opened (literally) to the world of sports sunglasses. It always amazes me the work that goes into products that we use on a daily basis yet never really think too much about. One of the trademark technologies of Sundog is Mela-Lens which is basically like the melanin in your skin that protects you from HEV & UV light, and overall reduces glare and reduces stress on the eyes. With races like Comrades in sunny South Africa and Western States in sun-drenched California, becoming part of the Sundog Eyewear team could not have come at a better time.
Check out some of the details at http://www.sundogeyewear.com/, and I'll be posting some reviews just as soon as I've had a chance to get out running in the sun and snow!
Posted by Ellie Greenwood at 8:46 PM 3 comments: 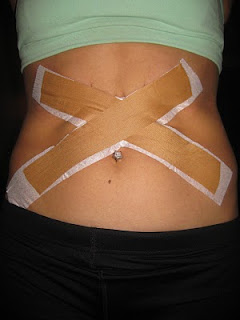 As I am still recovering from injury and hobbling along with short runs, gym sessions and physio exercises a lot that has kept me going is the exciting line up of races I have for 2011. I have a lot to get better for :) Body and mind permitting I'll be at some awesome start lines this year and I can't wait for the new experiences that they will bring. I'm sure I'll also be slipping in some other races throughout the year but here are the key races so far.....

- Feb 13th, First Half Half Marathon, Vancouver, BC.

This is organised by one of my former running clubs, Pacific Road Runners, so it will be great to see lots of familiar faces and hopefully post a solid time (injury permitting)www.pacificroadrunners.ca/firsthalf/

- March 19th, Chuckanut 50km, Bellingham, WA
I have raced Chuckanut twice and I love this event. Typically a stellar line up of racers yet a low key atmosphere is maintained. Pacific Northwest trails at their best - great forests, great views, and I might be one of the few - but I love the out and back, fast n flat, interurban section at the start and finish!
http://web.me.com/krissymoehl/Chuckanut_50k/Welcoem.html

I keep saying I'll race more in the US so threw this one in as from what I hear I think it's my kind of course (in otherwords, non-technical and fast!) Part of the Montrail ultracup series so good racers often show up and wil be fun to hit some totally new terrain.

- May 29th, Comrades 89km, Durban to Pietermaritzburg, South Africa
I've heard about this race for years and can't believe I'll be there for 2011! 18, 000 racers, run every year since 1921, all tarmac, it's an uphill year, and hey - I love road racing and ultras so it seemed like a no brainer. Heat training may be required.....
www.comrades.com

My first 100miler and I've always sworn anyone crazy to do Western as their first 100miler, but there I will be to see if I can run 100miles! Absolutely stoked to be racing Squaw Valley to Auburn, I'll be training seriously hard for this and pinching every bit of advice I can get from anyone and everyone. I've already got an awesome crew and pacer. Again, some heat training in the sauna will be required, because it's going to be a little warmer in those canyons than in Banff.
www.ws100.com

- September 9th, World 100km Championships, Winschoeten, Netherlands
One thing that kept me going at the Worlds in 2010 was I swore I never wanted to run 100km on tarmac again. But a few weeks later, with painful memories already fading, I knew I had to tackle the distance again. I like to think I can improve on my Gibraltar time and if there is a place to do it it's on this course (10 x 10km loops, fast, flat, lots of supporters). And before you ask ... I'll be on Team GB :)
www.runwinschoten.nl

- October 15th, North Face 50miler, Santiago, Chile!
My prize for winning Canadian Death Race in 2010 was an expenses paid trip to any TNF race in the world. Wow! So I'll be running 50miles in the Andes, and of course I'll be racing, but more than that I'll be soaking up this experience on my first trip to South America and I think I'll find space in my nathan pack for my camera! Definitely more for the fun and the experience rather than racing my guts out.
www.ultramaratondelosandes.cl


So with that said, I'm off to try run for 56mins - my physio prescribed run for the day. I am being patient and not pushing it as I know I need to get back into running easy if I want to make these start lines this year. Although it's tempting to push it, I know ultimately that would be likely to set me back further. One step at a time to make it to these races...

Wishing you all a fun-filled year of running!
Ellie
Posted by Ellie Greenwood at 3:50 PM 3 comments:

In November I had the pleasure of speaking at Lululemon Athletica Banff, a great community store who do lots to get things moving and happening in the Bow Valley. They will be hosting another community evening, this time about goal setting. Details are below. Come along, bring a friend and if you need more info contact Tom at tsouthee@lululemon.com

We are on the cusp of yet another new year… and with each passing year change is inevitable. This is often a time when one begins searching for purpose or direction. Goals give you this sense of direction in all areas of your life. They are a source of passion and purpose. Join Lindsey Williams, Leadership Instructor and Coach, for an evening of discussion and goal setting strategies to empower you to define who you are and set a clear vision for where you want to go.