Last Saturday I ran 100.2 miles from Squaw Valley to Auburn, California.  It would be fair to say that it was a reasonably successful outing.  A few pics below and many thanks to Bryon and the team www.irunfar.com not only for their awesome race day updates on twitter but also for posting my race report.  Check it out by clicking here.

And as I have such great crew they also write reports too which is fun to hear their side of the story.
Click here for Kristin's write up
And here for Ryne's

Happy trails to you all - men and women alike :) 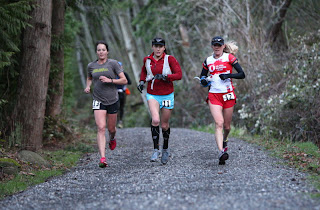 A short video from Sunday's Comrades.  Please note; (1) Sports bras are very handy for storing gels and cliff shot blocks.  (2) I am a trail runner - I was not walking that hill, I was power walking (there is a distinct difference but I don't think road runners appreciate any sort of walking!).  (3) I am a Scot living in Canada, I need to start using spray tan ;)

Race report is posted below....

Posted by Ellie Greenwood at 2:28 AM 3 comments:

2012 was a downhill run, approximately 2, 000m of tarmac pounding down to the Indian ocean of coastal Durban.  But don't let the net downhill profile map fool you.  Yesterday I climbed about 1, 400m too - most of that in the first half.  It's quad frying, it's calf cramping, and then it's seeing what you have left for the final 20km or so which go down, down, down... til you beg for an uphill only to regret it as soon as you are crawling up in the heat of the day off a highway exit ramp, with crowds cheering you not to slow, not to walk, not to give up.

But this was not the intensity.  The intensity was giving it all I had to race the most competitive race I've ever run.  To take the lead in the women's race with about 46km to go.  To then hear the heavy and determined breathing of Elena Nurgalieva (Russia) on my shoulder at about 44km to go.  A previous 6 time winner, I knew she had course knowledge far in excess in my own, she had the talent and she was not going to give up without a fight.  This was not a surprise to me, but the fact that I was the one in this battle with her in someway was.  The Nedbank crew shouted at me to watch out that I didn't pound down Botha's hill too hard, to save something of my already tired quads for the later downhills.  But I knew that if I let Elena go I might never catch her again.  So I took a risk, a calculated risk, and for the next 20km we ran neck and neck.  Mostly I was marginally in front, but we would knock elbows, we caught each others feet on occasion, there was hardly a metre between us.  The race was on and I knew it was not so much about the physical but more about the mental focus to push, push, push and just focus like never before.

Elena was faster on the all too frequent short uphills but I maintained my ground and tried to run relaxed on the flats and the downs.  There were cheers for both of us, and whether the crowds shouted 'Elena' or 'Eleanor' I was never quite sure, but I just hoped the cheers were for me and I would smile or grimace at the supporters that lined the sides of the route - any cheers or encouragement could only help to pull me along in this battle to Durban.  But about 25km or so to go Elena cracked me.  She inched ahead.  My quads were smashed, my ITs tight and painful, my calves were crampy and I began to pop more salt tablets and grab sachets of liquid from the stations - energy drink to give me an ounce more zip than I had, water to douse me as the heat was building (in more way than one).  I no longer cared what I looked like on national South African tv, with a motorbike camera following our each and every move, I pulled gels out of my sports bra, I power hiked the hills.  This wasn't about looks, this was about fighting til the end. The tv commentator later told me he thought I was dead when he saw me start to walk up Cowie's Hill.  But if one thing kept me going it was pride.  I had led at the half way mark of Comrades and there was no way, absolutely no way in the world, that I was going to finish any further back than 2nd.  I wasn't going to look stupid and so with stubborn determination I hiked the hills like a trail runner to save my quads for the flats and downs.  The crowds began to shout my splits back of Elena, I was gaining ground on her again.  I was passing men, and doing everything I could to pass them as we had been warned to not run with men for fear we would get disqualified if they were seen to be pacing us.  I would see Nedbank male runners (my South African running club), I'd use them as targets to catch, say a brief hello as I then focused on trying to spot the timing clock car just ahead of Elena - that was my goal, that was my target, that was what I needed to catch before we got the the cricket stadium in downtown Durban.  I didn't dare let up, apart from the glimmer of hope that I still might, just might, be able to win, I also refused to get caught.  I had no idea how far back 3rd place was but as I feared I was slowing I was concerned that I might get caught by the talented field of ladies behind me.

5km to go and I finally knew I could make it.  20mins, maybe less, and this pain, this agony, this intensity would be over.  4km to go yet 3km to go seemed a million miles away.  2km to go and I was on the flat roads of central Durban, the crowds cheering behind the barriers lining both sides of the street.  I was likely still hitting about 4mins per km but each second seemed to take an age to pass and the markers seemed to be further and further and further apart.  But soon, the final km, the twisty turns into the cricket pavilion.  I was handed a rose as I entered (as all in the top 10 are), I tried to hold it high, I didn't have the energy in my arm to do so.  It dropped to my side and the stem bent in half, it looked battered and bruised, just like I was.  Round three sides of the stadium, my eyes desperately searching for the bright yellow finish banner.  And then it was there. I was there.  I was done.  It was over.  The intensity could stop.


And the celebrations and the recovery could begin....

Thank you South Africa.  Thank you Comrades. Thank you Nedbank.  Your hospitality and spirit made this a race to remember.  I've never been happier to be 'first loser' ;)

(photos to follow, I'm writing this in J'burg airport with some great South African music playing!)